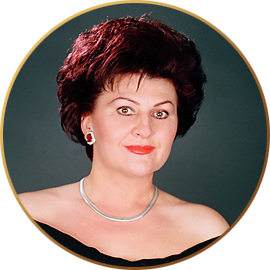 Graduated as singing and piano teacher in her hometown, Szeged. In 1981 received Master’s degree with honour from ’Franz Liszt’ University of Music in Budapest as an opera singer.

Debuted as Elsa in Lohengrin by Wagner in the Hungarian State Opera in 1981. Production was conducted by Giuseppe Patané and following critique was published: “… is a sensation! Her beautiful voice, her sophisticated singing, her self-confident, yet feminine essence raise her the ideal designer of this great role. Ms. Temesi never abused the vast penetration of her voice, so she also preserved the beautiful singing in the Wagnerian starring. She is an extraordinary promise – or already more than that.” (1982)

Her recordings with noted conductors, artists and orchestras often broadcasted by Bartók Radio the Hungarian classical music channel. Her solo aria album Wagner Heroines was released by HUNGAROTON in 2004.

As university professor she teaches numerous young artists and helps them to get on the opera stage. Often invited jury member in international singing competitions as well as a guest professor at master classes. In 2019 she held Master classes and solo concerts in different universities in Florida, Ohio and in Shanghai. 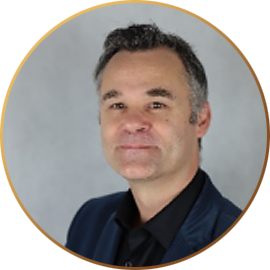 Art historian, artistic director of REÖK, Dean of the Béla Bartók Faculty of Art at University of Szeged since 2019. The Faculty of Arts is already aiming to create the best art university in the country with its excellent music education and the launch of fine arts. Its goals include increasing the number of foreign students, building the right infrastructure with a new instrument park, air-conditioned rooms and modern facilities. He would like to make the Béla Bartók Art Quarter known, he plans to collaborate with the Szeged Open Air Games and the Reök Palace, as well as organize music conferences and exhibitions. 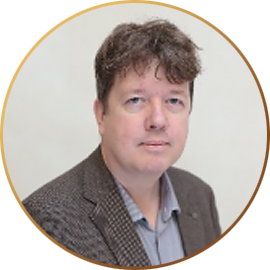 Graduated from Béla Bartók Secondary School of Music in faculty of Percussion and Composition as student of Oszkár Schwarcz and Miklós Kocsár. In 1985 he was admitted to the Liszt Academy of Music in class of Emil Petrovics and graduated in 1990. During the nineties he wrote several accompanying music for the productions of several theaters in Budapest and Hungary. Worked for many years as a lecturer at the University of Theater and Film Arts. Currently he serves as Vice Dean of University of Szeged Béla Bartók Faculty of Art where he is Head of Department of Music Theory as well. Many of his choir works have won awards in Hungarian and international competitions. Professor Tóth received the Erkel Prize in 2007, the KÓTA Prize in 2009 and the Bartók-Pásztory Prize in 2013. Péter Tóth is a regular member of the Hungarian Academy of Arts. 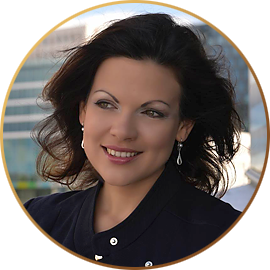 Graduated from the University of Szeged in 2005 with Master’s degree in Communication (PR, Media Informatics) and in 2008 received Bachelor’s degree in Economics from Budapest Business School Faculty of Foreign Trade. Ms. Bordás received her higher musical education in Scandinavia: fulfilled Bachelor studies at the Barratt Due Institute of Music in Oslo in 2011, and in 2013 received Master's degree in voice with pedagogy from the Royal Danish Academy of Music as a student of Susanna Eken. In 2014, Ms. Bordás attended the opera manager course for Opera Europa in Como, where she had opportunity to work in group of Nicholas Payne, director of Opera Europa. In the same year, she was selected for The Confederation of Norwegian Enterprise's two-year Global Future Leadership Program. In 2015 she took exam in Norwegian Companies Act at BI Norwegian Business School. In 2016 settled back in Hungary. Certified application writer and application manager (2018). In addition to József Simándy International Singing Competition, her other major cultural project is The LidalNorth International Operaworkshop. As a young singer, Ms. Bordás has been Special Prize winner of the Simándy Competition twice (2013,2016), so she can very much relate to the situation of contestants as organizer. 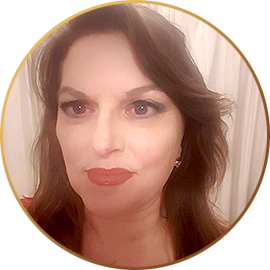 Elizabeth Sillo is a classical singer, music pedagogue, member of the BBC National Chorus of Wales and a former concert soloist of the City of Manchester Opera. After obtaining her Kodaly music pedagogue degree from the University of Szeged, she studied opera performance at the Franz Liszt Conservatoire where her teacher was the famous Valeria Berdal.

Elizabeth also graduated in Mathematics, English and Economics and after a few years of teaching, she joined the Opera Chorus of the National Theatre of Szeged.

Thanks to the flourishing operatic tradition of Central Europe, she has performed in several operas and oratorios at the Szeged Open-air Festival and abroad, in Italy, France, Austria, Germany, Belgium and the UK with well-known opera stars, such as Jose Cura, Gail Gilmore, or Mario Malagnini, and also under the baton of some world-famous conductors, like Karl Jenkins, Grant Llewellyn, Vincent Monteil, Thomas Sondergard, Ryan Wigglesworth or Adrian Partington.

As a devotee of the Austro-Hungarian operetta, she also sang in the productions of Lehár’s Merry Widow, in Emerich Kálmán’s Csárdás Queen and Countess Marica. In the UK, she participated in various oratorios conducted by Matthew Hamilton, choral director of the Hallé Chorus of Manchester. As a member of the City of Manchester Opera, she performed twice with great success in the Buxton Festival where she received excellent reviews. Over the last couple of years, she sung in several oratorios and operatic productions with the Welsh National Opera and the BBC National Chorus of Wales, including the BBC tour in France and the BBC PROMS in the Royal Albert Hall London. She has been the solo singer of the Bards of Wales (Karl Jenkins) project supported by the University of South Wales and lately, she has sung in the prize-winner mini-opera called Time reset, by Dmitri Scarlato in the Operavision contest.

She is also the co-founder of the Welsh-Hungarian concert series in the Wales Millennium Centre in Cardiff and the chair of the Welsh-Hungarian Cultural Association. She has organized six Welsh-Hungarian concerts and several cultural projects commissioned a few short orchestral compositions which received great reviews in the British and Hungarian media portals. Overall, more than 300 articles have been written about her cultural involvement in the UK, France and Hungary, including the BBC News, ITV News, Daily Post and the Nation Cymru.

She has been working as an opera consultant for the Opera Co-Pro co-production company for the last one and a half years.