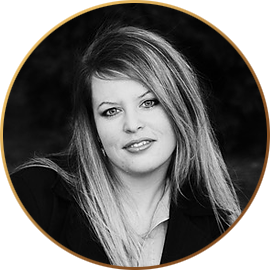 Graduated as a pianist and teacher at the University of Szeged Faculty of Music in 2002 and continued further studies as professional accompanist and repetitieur at Franz Liszt Academy of Music. Ms. Kerényi won several prizes and scholarships as pianist: Special Prize at The 3rd International Jean Francaix Piano Competition in Paris in 2000, 1st Prize Winner of The National Mozart Piano Competition and2nd Prize Winner of The National Schumann Piano Competition, two-part Winner of Hungarian Republic Scholarship. In 2003 Ms. Kerényi received the Szeged County Town Art Fellowship, in 2012 received Artisjus- Prize for her teaching activity. Currently she work as lecturer at University of Szeged Bartók Faculty of Art. In 2020 Ms. Kerényi received her DLA degree at Franz Liszt Academy of Music. 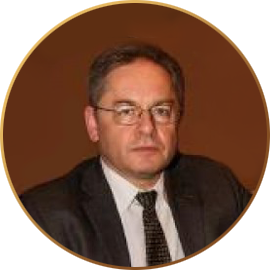 Since 1999 he has been the Head of Repetiteurs at the Hungarian State Opera House, and is currently the Chief Repetiteur. His repertoire ranges from Baroque to contemporary music. Since 1985 he has been a regular accompanist of Andrea Rost, László Polgár, Erika Miklósa, József Simándy, Éva Andor, Szilvia Sass. He has performed in several European countries, in Russia, in the United States and Japan. Since 2005 Mr. Harazdy is a lecturor at the Masterclass of Sylvia Sass in Rome every year.

Mr. Harazdy was honored with Hungarian Order of the Knight's Cross in 2015 and with the Liszt Award in 2021 for his excellent and outstanding artistic work. 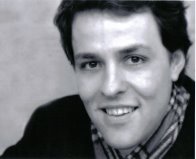 Born 1974 into a family of musicians, Radu Pantea began studying piano at age 5, continuing at the Luxembourg Conservatory, where he obtained a summa cum laude Higher Diploma in 1991. There he also studied organ, harpsichord, chamber music and music theory. He continued his piano studies in Paris with Claudine Mellon and Theodore Paraskivesco before devoting himself to orchestra conducting, with Ervin Acel in Szeged, Hungary, and from 1996 to 2001, in Vienna (Austria) in the "University of Music and Performing Arts" with Leopold Hager, Ervin Acel and Yuchi Yuasa. He also studied Lied with David Lutz and chamber music with the Altenberg Trio. He also attended masterclasses with professors such as György Sebök, Murray Perahia, Zoltán Székely, Evgenia Tchougaeva, André Isoir, Michael Radulescu, Sándor Végh, Kurt Masur, Bernard Haitink and Zubin Mehta.

During his studies, Radu Pantea began his career as a soloist, vocal and instrumental accompanist. As a pianist and organist, he has had concerts throughout Europe, Brazil, the United States, Canada, Hong Kong, Macao, South Korea and Uzbekistan. Radu Pantea is mainly dedicated to chamber music and Lied and has the privilege of working with artists such as Boris Pergamentschikov, Paul Florin, Yannis Georgiadis, Isabel and Raphael Wallfish, Francesca Patanè, Sebastian Holecek, Olga Chernisheva and Warren Mok. He accompanied the vocal quartet "I Vocalisti" (Ileana Cotrubaş, Julia Hamari, Alexander Badea, Ionel Pantea) in many concerts, among others in a tour in Brazil.

As director Radu Pantea has a repertoire focused mainly on the great symphonic works and operas of Mozart, Beethoven, Rossini, Schubert, Donizetti, Bruckner, Verdi, Bizet, Wagner, Puccini, Johann Strauss and Richard Strauss, Debussy, Mahler, Ravel, Bartok and Stravinsky. Among other things, he directed the premiere of the original version of "Carmen" by Bizet in Cluj (Romania), many opera productions in Luxembourg, "Tosca" in Seoul (Korea) and "Turandot" by Puccini in Hong Kong and "Tristan und Isolde" by Wagner which was premiered in Romania and in Moldova, having an almost complete Luxemburgish cast.

Since 2010, Radu Pantea returned to Luxembourg as a founding member and artistic director of "Studio d' Opéra Luxembourg" collaborating with talented young soloists in opera productions as "Cavalleria Rusticana" by Mascagni,"Die Zauberflöte" by Mozart, "Hänsel und Gretel" by Humperdinck and "Tristan and Isolde" by Wagner in a coproduction between Luxembourg, Moldavia and Romania. Since 2018 he is also organist of the Westenfelder Organ at the “Saint Joseph” Church in Esch, his hometown, and has an extensive sacred music activity, among others he led tours of the “Companhia Minaz” ensemble from Ribeirao Preto (Brazil) throughout Luxemburg since 2018.

As a teacher, conductor and organist Radu Pantea is currently spending the major part of the year in Brazil on projects initiated by “Der Neue Merker” (Vienna, Austria) and the “Fundação Lima&Falcão” (Recife, Pernambuco) and the "Studio d' Opéra Luxembourg" which consist in giving masterclasses, concerts and creating an international sacred music festival and competition in Recife/Olinda. Furthermore, in Ribeirao Preto (São Paulo) he also gives masterclasses, concerts, and realizes opera productions, among others, "Ariadne in Naxos" by R. Strauss for being toured in Brazil and in Europe soon.