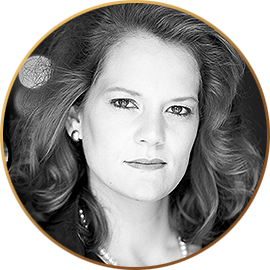 Serbian soprano Sonja Šarić was born in Sombor in 1990 and from 2009 to 2016, she studied with Snežana Stamenković at the Mannheim University of Music and Performing Arts. She achieved considerable success in numerous international competitions, most recently winning the 1st prize of the 2015 Anneliese Rothenberger Competition, the gold medal at the 2017 Maria Callas Grand Prix, and the second prize at the 2019 Elizabeth Connell Prize for Dramatic Sopranos. Sonja Šarić made her operatic debut in 2011 as Countess Almaviva (Le nozze di Figaro) at the Summer Opera Bamberg Festival, and in 2013, she took part in the Salzburg Festival production of A Midsummer Night’s Dream with Mendelssohn’s incidental music under Ivor Bolton. In 2014, she sang the title role of Manon Lescaut for children at the Baden-Baden Easter Festival, returning in 2015 as the First Noble Orphan (Der Rosenkavalier) conducted by Sir Simon Rattle. The same year she also made her role debut as Donizetti’s Maria Stuarda at the Moravian-Silesian National Opera in Ostrava.

From the autumn of 2016 until the end of the 2018/19 season, Sonja Šarić was a member of the Opera Studio of the Graz Opera, where she was acclaimed in a number of roles, including Leonora (Il trovatore), Countess Almaviva, Madama Cortese (Il viaggio a Reims), Nedda (Pagliacci) and Signora Angiolieri in Stephen Oliver’s chamber opera Mario and the Magician. More recently she sang Leonora at the Croatian National Theatre in Zagreb, at the Mannheim National Theatre, and, in January 2020, in a new production at the Linz Landestheater. In November 2019 she sang Gerhilde in a concert performance of Die Walküre, conducted by Jaap van Zweden at the Amsterdam Concertgebouw, one year later she sang the same role at Paris National Opera, where Radio France Musique recorded The Ring of the Nibelung with maestro Philippe Jordan.

As a song recitalist Sonja Šarić has appeared at the Heidelberg Spring Festival, in Mannheim and elsewhere. Her concert repertoire includes Bach’s B minor Mass, St John Passion and Christmas Oratorio, Handel’s Judas Maccabaeus, Vivaldi’s Gloria, several Mozart Masses, Verdi’s Requiem, and Rossini’s Stabat Mater. She made her Japanese debut in 2014 in Beethoven’s Ninth Symphony. In addition to the foregoing conductors, she has also worked with Dirk Kaftan, Oksana Lyniv, Andrea Sanguinetti, Steven Sloane, and others.